Thank you for your patience while we retrieve your images.

One interesting note is that I was driving north in this photo. Given the northern latitude along with the moon's orbit, the moon was rising pretty much due north rather than the east.

At the time, I thought I might have been on the wrong road, having missed a turn somewhere. I was supposed to be heading north but I could see the moon. The moon isn't supposed to be in the north. It usually rises in the east, arcs to the south, and then sets in the west. Adding to the mystery: a full moon rises at sunset and sets at sunrise. 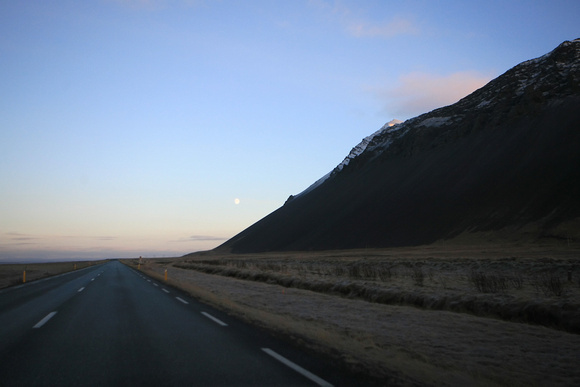